Date Released: September 2, 2004
File Size: 24.20 MB
Platforms: IA-32/64
Operation Systems: Windows XP/2003
Last Updated: July 29, 2022
Windows Media Player 10 released on September 2, 2004. Distributed with Windows XP Service Pack 2, some changes in the graphical user interface and compatible with music download services. In addition, distributed together with the edition of Media Center 2005.
A major change in the interface, qualification in the tracks and changes in the menu bars. Also supports for “Play For Sure” (a portable player with a special icon with its brand name). The time bar is extended over the interface. 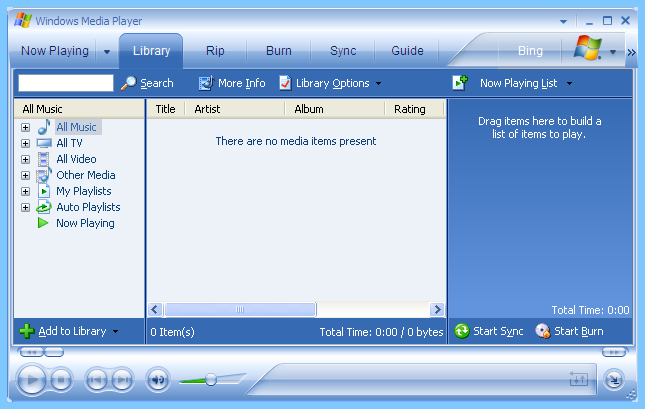